← The Hill That Got Broke
Finland Finland, the country where I’d like to be →

One of the things I loved about my recent stay in Finland at the Arteles Creative Center in rural Finland was the culture of second-hand stores and the recycling of material that seems to be a nice part of what I felt was a Finnish collectivism; a sense that if something is not useful to you, it may be useful to someone else and so one should give it away.

In Hameenkyro, and also in Tampere and Helsinki, it is very common to find large and well-stocked stores selling secondhand goods often of very high quality and certainly of very cool calibre. In general, I feel the often extreme climate in the country engenders an “outsider” mentality and I think this finds manifestation in the often eccentric clothes people wear and a general sense that you can be just as you wish to be, within the boundaries of course of a culture that seems conservative on one level, and yet wholly “out there” on another.

Anyway … In my desire to make a physical artwork that spoke to that sense of slightly askew eccentricity, I found an old magazine in what we called the “free store” in Hameenkyro (where most of the items were free… See https://vimeo.com/36089700). This magazine, from the late 1970s, featured some great Finnish knitwear designs, and some even greater photos of some very pretty models wearing those designs. Initially I wasn’t sure what to do with those images, but knew I would do something with them.

And so it came to pass that two days later, in another second-hand store, this one a massive emporium called “LA” on the road south a bit in the direction of Helsinki three hours away, I found what I believe are the wooden ticketing address tags for some item of, perhaps, Finnish farm machinery. These were about 20cm by 10cm and sold for 50 euro cents each. I bought 20 of them. 10 euros in total. Again, I wasn’t sure what I was going to do with these, but knew I would do something.

When I returned on the icy roads to Arteles and looked at the two items sitting on my workbench there, it suddenly struck me… These two essentially “Finnish” items needed to go together. They belonged to one and other.

And so I then set about creating a work which combined the two, the Finnish magazine gals and the Finnish farm machinery wooden tickets. Using a lacquer/resin-like substance I bought in a store in Tampere, I fixed the gals to the tickets, the two became one, and, in my mind, I created a work that spoke to the appealing sense of oddity that I really enjoyed in Finland.

Here are some examples of the result (I made 20 but felt these were a nice totem representation of my time in Finland and thus gave several away in both Finland and when I subsequently toured around Europe). 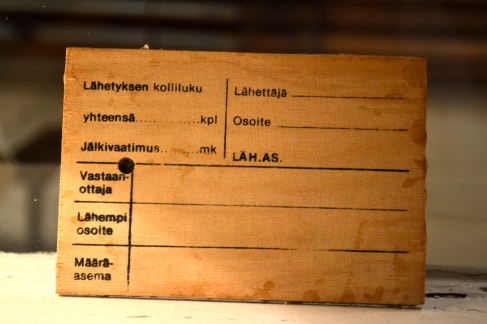 The wooden “ticket” (above).

Three of my ladies.

A hand in the picture for an idea of scale.

What a great sort! 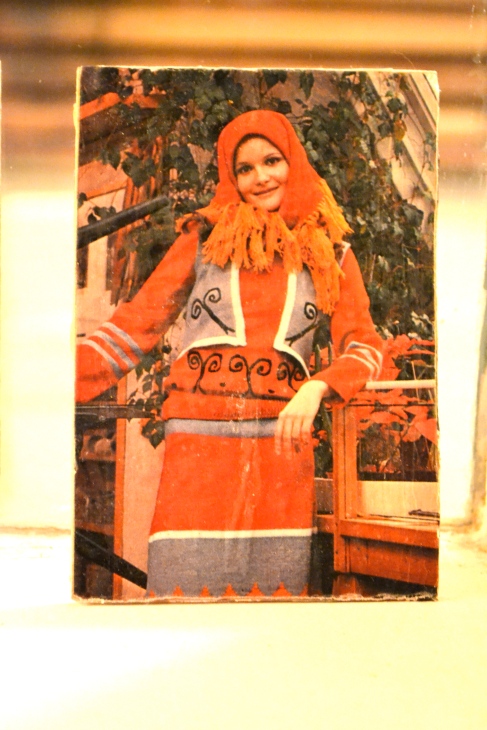 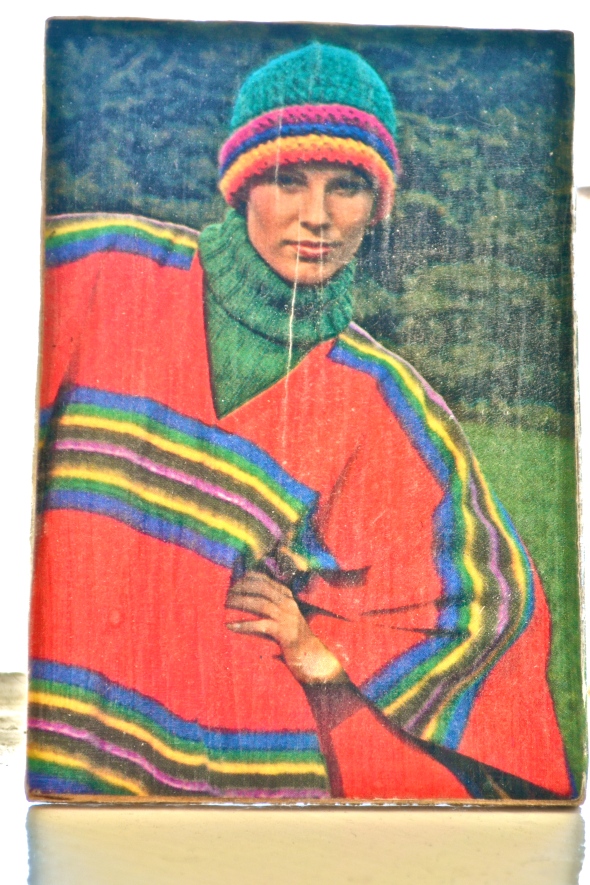 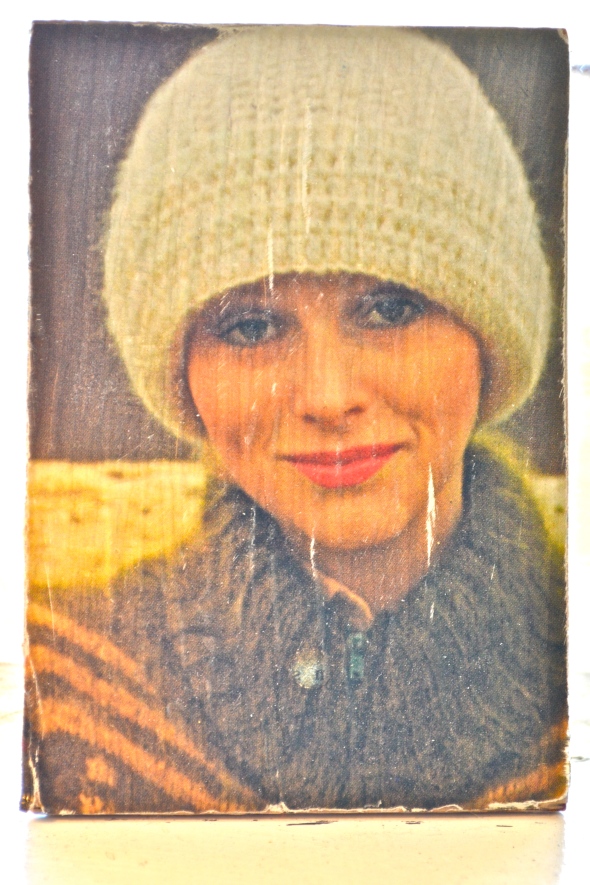 18 Comments on “Those Finnish gals”