The “Australia Restless” Tour
Adam Gibson and The Ark-Ark Birds 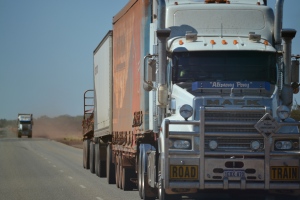 “Adam Gibson’s work reminds me of the best films by David Caesar
(Mullet, Prime Mover); vernacular widescreen Australia with no gloss,
a sense of melancholy, a road well-travelled.”
– Chris Johnston, The Age

Having forged a unique path with his spoken/sung tales of Australian life and landscape over two acclaimed albums with The Aerial Maps (plus earlier outfit Modern Giant), Adam Gibson and his new band The Ark-Ark Birds are pleased to announce an Australian tour to herald the release of new album ‘Australia Restless’.

The first leg of the tour will hit Brisbane, Sydney and Melbourne, with Adam and the Ark-Ark Birds diving into the widescreen panorama of songs on “Australia Restless” plus some Aerial Maps and Modern Giant favourites. These are stories about of loves, lives and houses lost … of coastal nights and desert days, obscure towns linked by empty roads and the static of AM radio crackling through damaged car speakers.

The new album sees Adam chasing a true sense of Australia, trying to get under the country’s skin and tell a version of its story. “There’s a restlessness in the heart of many Australians; a need to move, to shift, to see different scenes, new horizons, better places,” says Adam. “Lured by the road or simply influenced by the great weight of our land, we strike out for sunlit fields, small town pubs, empty beaches, the black miles of bitumen. It’s an urge to feel the land, to know it. It’s a psychological yearning: I call it ‘Australia Restless’ … and I have it bad.”

Through his life and travels, Adam – who’s father Bob incidentally was the musical arranger of the iconic ‘Happy Little Vegemites’ tune – has sought to articulate this sense of Australia. In research for the writing of the Aerial Maps’ second album, Adam drove solo coast-to-coast across Australia and the earlier manuscript for his first novel was shortlisted for the Australian Vogel Award.

“Australia Restless” was co-written with his brother Simon Gibson and produced by former Hummingbirds main man Simon Holmes. With a full band featuring some of Sydney’s finest musos, Adam and The Ark-Ark Birds will launch the album in Brisbane at the Junk Bar on May 9, in Melbourne at the Yarra Hotel on May 16 and in Sydney at the Vanguard on May 17.

Melbourne
Yarra Hotel – Saturday, May 16  (Supported by the Danny Walsh Banned)
Sydney
The Vanguard – Sunday, May 17 (supported by Mick Thomas)

Critical acclaim for Adam and/or The Aerial Maps

“Adam Gibson writes from the heart, from the street, about the place that moves him most. Ripper real words that are well worth checking out.”

“[The Sunset Park] is so finely drawn that is like a screenplay for your mind …
an Australian classic. You must hear it.”

“The Aerial Maps are surely headed for that esteemed space occupied by Australia’s finest – those whose music is Australia.”

For media and other enquiries:

She’s crying for her country

After spending a modicum of time in “remote Western Australian Aboriginal communities”, I feel I learnt a small part of the importance for people to be in communities that are at, or close to, their ancestral homes. In their “country”, as the phrase goes.

One small example – in 2007 I was in the community hall of a tiny community on the edge of the Great Sandy Desert when the sound of the mail plane overhead was picked up by Peter, one of the old fellas (I couldn’t hear a thing, by the way).

Peter quietly asked me if I’d drive him out to the airstrip, as one of the old ladies from the community was being flown back in the plane, along with the mail, after months in hospital in Port Hedland.

“Sure,” I said, and off we went, jumping into the Landcruiser and driving two kilometres to the strip in completely non-awkward, pleasant silence.

We arrived there, got out of the Toyota, and waited on the scorching hot windswept desert plain, watching as the plane glinted silver in the sun as it began to descend. 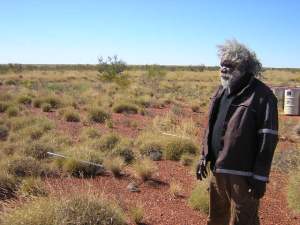 Whilst waiting, Peter asked where I came from. “The city,” I said, “Sydney.” He paused and thought awhile, then said, “A lot of houses in the city?”

“Yes, a lot of shops too.” I then told him that, as we looked out across the plain, if he could imagine houses and shops as far as the eye could see, he’d get an idea of what my home was like.

He thought about that for a good two minutes before softly repeating, almost to himself, “As far as the eye can see hey?”

The plane then arced to the left and aimed down at the pressed red-earth runway. It was an eight-seater, and after hitting the dirt, in no time it was “taxiing” (more like driving, really) over to where we were.

The door swung open and out jumped a smiling crewman, who lowered a small set of steps. He gave us a “G’day” then said, “Righto Doris, let’s get you out.”

Peter jumped up and the pair of them half-lifted old lady Doris out of her seat, and down the steps. I looked at her face and saw her eyes were completely milky blue with cataracts and by her uncertain steps it was clear that she was as good as blind.

But when her feet touched the red dirt of that runway – touched her country again after months away – she felt the land and began to cry, great big tears rolling down her creased old face. I immediately thought she was upset or sad and said to Peter, “What’s wrong? Is she okay?”

“Yeah, she’s okay,” he chuckled, as we led her to the vehicle. “She’s just happy. She’s crying for her country. She knows she’s back home.”

As we drove back to the community, Doris sat in the back seat, tears still flowing down her cheeks but smiling and laughing to herself.