Beginning June 18, 2012, I have started what I hope will be a 30-day period in which I will create or finish at least one artwork each day.

The reasoning behind such a self-imposed program is that it can force me act on ideas that might otherwise be left floating just as ideas.

It also actively engages the sensibility and makes one just create art (for art’s sake, if you will).

Further, such a project can be an interesting artwork in itself, the need for immediacy and speed in creation yielding an aesthetic that reflects both that necessary immediacy and also a sense of time and place.

And so thus begins, 30 Days of Winter.

We move all over the world but carry places with us, jagged thoughts, snippets of images, imprints of memories of the past emerge unbidden.

In Finland in February I had never thought about Australia so much, the sense of being on the far side of the world from the place that I call “home” brought a deep longing for my country, the raw landscape and the wide distances, which echoed in the raw and cold landscape of Finland.

Perhaps that is why I felt such a connection with Finland? Maybe there is a common echo, of empty landscape and quiet roads and the sense of empty empty empty.

I had no intention of drawing the image of the Buddha with this drawing. It just happened completely unintentionally.

Which seems to be perhaps strangely similar to such a vision of the Buddha as this, which I only found after doing the drawing … (but maybe I am imagining the whole similarity? Who knows.)

Captivated. By the land, mark II.

Captivated. By the land. 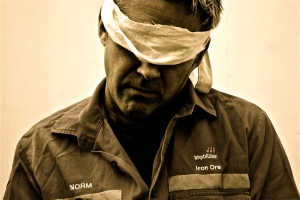 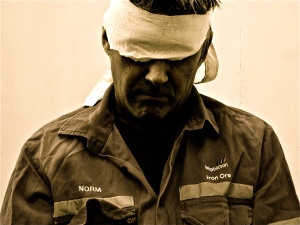 Whilst in Finland in February, a few of us went in to the city of Tampere for some shopping and for some lunch, plus a general walk etc. It was very very cold on those slippery icy streets and yet the sun was shining and there were more people out and about on this particular day than I personally had seen in Tampere in the few times I had visited there in the weeks before.

And it soon became apparent why… As we were crossing Tampere’s main street, Hameenkatu, we heard a shouting and cheering sound coming from down the road. We looked down and saw … what? … trucks? … Eh? … The sound grew louder as the trucks approached and further trucks came into view down the road.

Before we knew it, the open back trucks were rumbling past, all with massive groups of young people crammed on the back, all shouting, screaming, laughing, and throwing sweets to the crowds which suddenly appeared beside the road.

What an unexpected event, the air so cold and yet so many people laughing and smiling. We had no idea what was going on at first, but soon realised it was some sort of end-of-year celebration for local students.

It was quite an event, with dozens of trucks going around the city on a loop, and the frozen participants on the back getting ever more bizarre in their costumes as things proceeded (and possibly drunker).

It was good. And so here is a photographic / video record of the event, as I thankfully had my camera handy.

‘Sun and curves and home’

‘Sun and curves and home’ 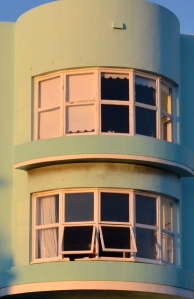