A drive I did across Australia, from the west coast at Fremantle, WA, to the east coast at Crescent Head, NSW, in June/July 2010 yielded a vast amount of material for my artwork.

This may eventually become a specific overall body of work, but for the moment, I will present elements of that trip as they congeal in my head and in a form of reality.

First cab off the rank is my series of photographs of what I called “Object Trees”, trees where people have placed an incredible array of items on them over God knows how long and for God knows whatever reason. I do have a theory on why this has occurred – to do with a raging against he impotency of the individual when confronted with the vast vast vast landscape and the desire therefore to try to at least make some small mark, some token (yet “knockabout”) scratching on the surface of things – but I will add that later.

In the meantime, some of the images. 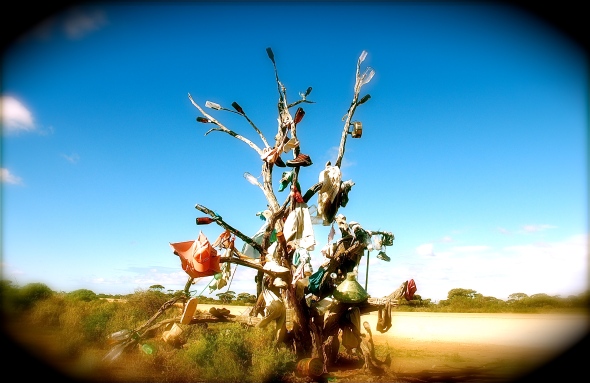 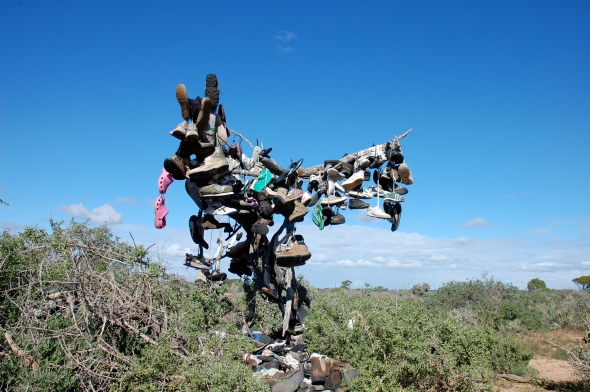 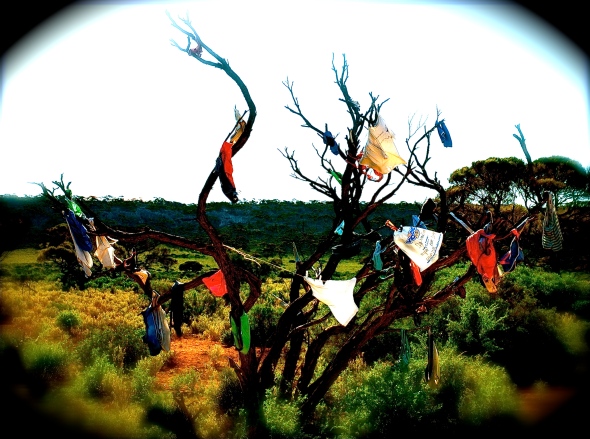 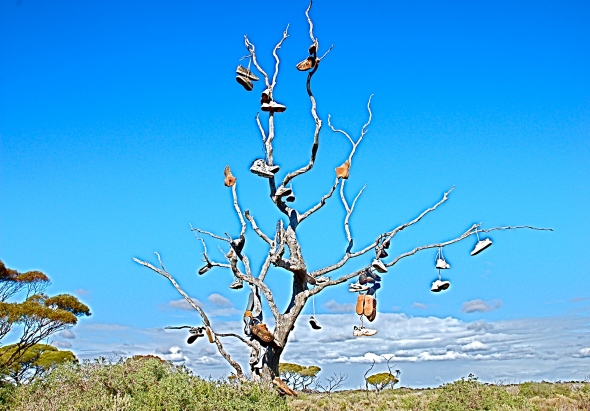